University of Gloucestershire Men’s Rugby Union are just one win away from securing their safety for another year in the BUCS Western 1A division.

Despite already beating Bristol 30-0 last week in the first leg of their ‘relegation double-header’, Chris Downes’ side must secure a bonus-point win with kick-off at 2pm at Prince of Wales Stadium later today.

The Gloucestershire based university sit four points ahead of Bristol 2nd’s and play hosts to their West Country rivals.

First team captain George West admits he is “excited” as the prospect of playing Bristol again in a short turn around, insisting his side only have their eyes on one goal. 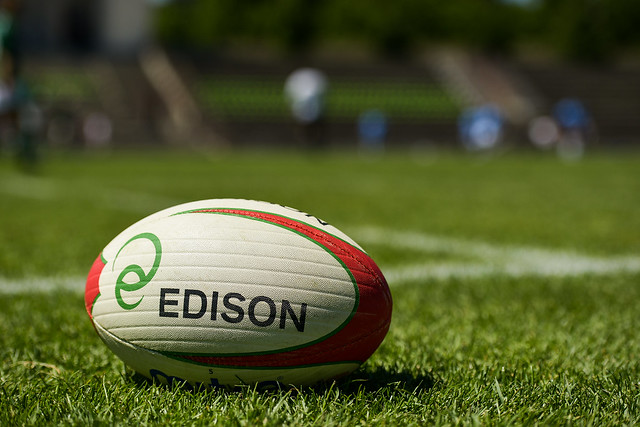 He said: “We’re excited, it was good to get the win over Bristol last week in terms of cementing ourselves and giving ourselves a safety net.

“They have to go to top of the league and get a try-bonus point and then they have to come to us and get five points as well.

“I definitely think we have done enough to secure ourselves and I think we are playing with a lot more confidence now which is good.”

Despite confidence being high in camp, the 21-year-old has added caution to the wind by suggesting that the side’s game management needs tending to.

He continued: “I think we need to retain the ball more, we need to keep the ball in hand and that has been the key to our success throughout the season.

“Last week in particular we kicked quite a lot and it’s not been great kicking it’s been a bit aimless, a bit pointless and its given them the ball and given them the chance to come back at us.

“If we retain the ball and work harder then we can break them down with a bit more ease and then gaps will naturally open up and we can get the try’s that we want.

“It’s probably been a bit of game management in terms of knowing what to do in the right situation because of the experience that we have in the team.

“Compared to last year we had out of our starting varsity backline, we have got two of the seven so there’s a lot of people who have come up from playing second team rugby to first team rugby and that’s one hell of a jump or fair play to them.

The University of Gloucestershire suffered three straight defeats before their vital win over Bristol last week, but West insists the sides victory has only boosted morale ahead of their relegation showdown.

He added: “It definitely does, no one likes to lose if you are a competitor and if you’re an athlete, but I think we were always focused and we were always driven in terms of backing ourselves to win in every game.

“It was marginal against Cardiff University second team, we knew we were the better side, but they fed well of our mistakes and a few little things didn’t go our way and that led to defeats, but no going into the game we knew we had to do a job and I think that helped as well.

Park Life Sport will be updating the scenario down at the Prince of Wales Stadium where University of Gloucestershire will be hoping for a win to secure their 1A Division safety (kick-off 2pm today).

Gloucester Rugby’s most recent talent to make it through the ranks and get capped by England is looking for more international game time this Autumn. Ollie Thorley made his international debut against Itlay in the final round of the Six Nations and the Cherry and White winger will be looking to build on this with […]

Gloucester travel to Coventry this afternoon to look for their second win on the road, after a series of losses across the Gallagher Premiership, whilst Wasps, are fresh from consecutive wins under the new management of Lee Blacklett. Gloucester have only won away in the Premiership to Sale in the first round and haven’t won […]

Ireland Rugby loosehead prop Cian Healy has been named in the starting line-up to face England at Twickenham on Saturday. In the aftermath of Ireland’s thrilling 28-8 bonus-point victory over Scotland at Aviva Stadium last Saturday, which won the Irish their first Six Nations Championship since 2015, Healy was bludgeoned with an Irish Rugby Football […]