It was a busy January window for Robins boss Michael Duff as he drafted in six new arrivals to help bolster the club’s chances of survival. Cheltenham currently sit five points above the drop zone and Duff will be hoping the new faces can push his side up the table.

The clubs finances allowed for mainly loan deals at the Jonny Rocks Stadium, with a mixture of youth and experience coming through the door.

Charlie Raglan – The versatile defender joined the Robins on loan from Oxford United during January and made an instant impact. He scored the winning goal against Macclesfield Town during the club’s 3-2 win over the Silkmen after previously trailing 2-0. Raglan has experience of playing in League One with both Chesterfield and Oxford United but has found himself out of favour at the Kassam Stadium. He had a spell at Port Vale last campaign and helped the Valiants preserve their Football League status, something which he will be hoping to emulate this time around. Raglan looks to be a smart signing for Cheltenham, adding some much needed defensive cover to the back line.

Cameron Pring – After Tom Field returned to parent club Brentford, Duff has acted to draft in another option at left back to provide competition for Chris Hussey. Pring is no stranger to Cheltenham having previously played for the clubs Youth Development side. Signed from Bristol City on loan, Pring has spent a number of spells away from Ashton Gate and has represented Newport during the first half of the season. At 21 it will be invaluable experience for Pring, but with strong competition from Hussey, he could find it hard to nail down a spot in the starting eleven. 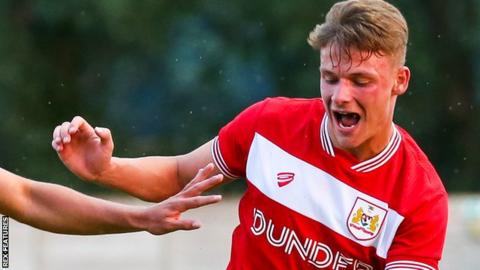 Jordan Tillson – Part of Exeter City’s starting eleven that faced Coventry in last years Playoff Final, Tillson will provide fierce competition for the other midfielders in the centre of the park. Despite the likes of Kevin Dawson, Conor Thomas, and Chris Clements stamping their mark on the first team, Nigel Atangana has been ruled out for the rest of the season and Tillson could fill the void left by the Frenchman in his absence.  He has made 87 appearances for the Grecians in League Two since his debut in League Two so will provide bags of experience in front of the back four.

Billy Waters – Waters arrival was met with delight from Robins fans as the striker returned to the club after departing in 2017. Waters was voted as the club’s Player of the Year and was also named as Players’ Player and Young Player of the Year during the 2016-17 season but turned down a new contract offered to him by Gary Johnson. He left for Northampton Town but has only scored a single goal since his move to Sixfields. Cheltenham have found goals in short supply at times this season and Duff will be hoping that the former fans favourite can reignite his career at the Jonny Rocks.

Rakish Bingham – Bingham departed Hamilton Academical during January and Cheltenham acted quickly to secure the services of the striker. The Robins fought off competition from division rivals Morecambe to get their man on Deadline Day. He scored three times in 23 appearances in all competitions for the Accies this season, having originally moved to Scotland in August 2016. Bingham also has experience playing in the fourth tier under his belt, turning out for Hartlepool United during the 15/16 campaign and will add to the attacking options available to the Robins boss.

Tyrone Barnett – Barnett made a positive impact in Gloucestershire after his loan move from Port Vale and Michael Duff opted to make the target man a permanent member of his squad. The former Peterborough striker scored 5 goals as well as making 4 assists in 20 appearances during the opening half of the season. He has signed a contract of undisclosed legnth and his aerial threat will provide an alternative dynamic in comparison to the other strikers at Cheltenham Town.

Cheltenham Town manager Michael Duff has said that his side are “good to go” after a COVID-19 outbreak forced the club to miss their past two scheduled fixtures. The Robins were due to play Barrow on Tuesday evening and Carlisle United on Saturday, but both matches were cancelled and will be rearranged for a future […]

There’s only one place to start, and that’s with “El Glosico” which took place at the weekend. The match ended 1-1 and Duff thinks that they probably deserved more: “I was pleased with the performance, not so much the result. “I think the key moment was at 1-0 and the referee decision. They probably thought […]