England are one of three sides that can win the 2018 Under-20 Six Nations as the tournament heads for a thrilling conclusion at the Ricoh Arena this evening (KO 8pm).

France currently lead the way, despite their defeat to England in round four, and Les Bleuets head to Colwyn Bay in Wales knowing that a bonus-point victory should secure them the Championship.

England welcome Ireland to Coventry hoping that they can pick up the leftovers should France stumble in Wales, while the Irish also have an outside shot of the crown if they can claim a bonus-point victory at the Ricoh Arena.

Steve Bates makes two changes from the side that downed Les Bleuets last time out, with Ben Loader moving to wing in a backline reshuffle and this sees Tom Hardwick switch to inside centre and James Grayson at will start at fly-half. 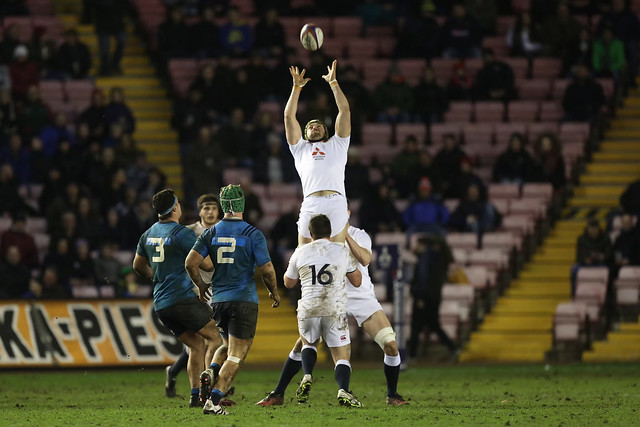 “We came into this tournament with a very clear objective to improve every game with the aim that we could win the Six Nations and we’ve now got to that point,” Bates said.

“However, we’re just focused now on Ireland and putting in a really strong performance that allows us to win the game and we’ll see where that leaves us at the end of the tournament.

“There’s a mathematical possibility that we can still lift the Six Nations trophy, but we’ve just got to concentrate on delivering a really good performance against Ireland. If we play well and execute what we’ve practiced in training we will give ourselves a good chance of securing victory.

“We’re expecting to play in wet conditions so we’ve got to be clever with our territory by concentrating on our accuracy at set pieces and creating a high tempo.

“I’ve not been to the Ricoh Arena before. I hear there will be a strong crowd there to cheer us on and being a former Wasps player myself, I’m looking forward to seeing what it’s like.

“It should be a really exciting fixture at a Premiership stadium and we’re hoping for a big crowd which will in turn inspire the players of both teams.” 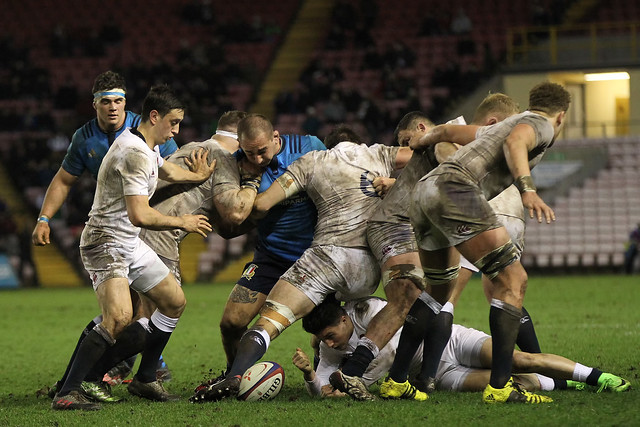 It was a busy weekend in Japan, with twelve teams in action. Take a look at our team of the weekend. Prop – James Slipper (Australia) Before Saturday’s game, James Slipper had gone 93 caps without an international try. But 60 minutes into the Wallabies third group game vs Uruguay, the loose-head prop had broken […]

BREAKING: Bristol Bears podcaster Tony Cox claims the club will threaten the top level of rugby for “years to come”

Friday night saw the emergence of Bristol Bears as a European force, with the South West side beating established opponents Toulon to claim the Challenge Cup Trophy in France. Pat Lam has overseen a transformation of the Ashton Gate outfit during his three-year tenure, taking them from Championship obscurity to Champions Cup qualification, the height […]

Gloucester Rugby fan-favourite Tom Marshall has committed his future to the club after signing a new deal. Marshall, who arrived at Kingsholm in 2015, has scored 19 tries in 59 appearances for the Cherry and Whites. The player is seen as an integral part of the attacking style of play being implemented by head coach […]