Ireland Rugby loosehead prop Cian Healy has been named in the starting line-up to face England at Twickenham on Saturday.

In the aftermath of Ireland’s thrilling 28-8 bonus-point victory over Scotland at Aviva Stadium last Saturday, which won the Irish their first Six Nations Championship since 2015, Healy was bludgeoned with an Irish Rugby Football Union (IRFU) cover-up.

Little attention was given to an incident involving Healy that took place in the first-half of the game. 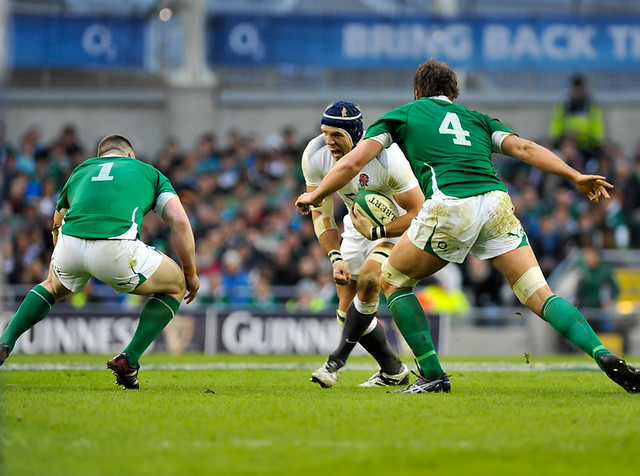 Healy took two blows to the head within a short timeframe in the first-half which led to the Leinster man receiving treatment on the field by a medical staff member.

But after a period of treatment, Healy got back to his feet and stumbled back into play – clutching onto his fellow countrymen at the back of a ruck in his own 22.

Yet the Leinster man continued to play until he was replaced in the 50th minute by Jack McGrath, leading to an overhaul of criticism of Irish set-up.

Unbelievable that the medic and the referee allowed that to happen. A sport can talk about being serious about concussion but actions speak louder than words pic.twitter.com/qTCh9mT5nP

With head injury assessments (HIA’s) at the forefront of debate in recent times, improvements are being made and strides are being taken into learning more about traumatic head injuries, but time and time again incidents like this continue to happen and are evidently forgotten about.

A statement from the IRFU asserted that: “There are the usual bumps and bruises that occur following a Test match but the full squad of 36 players are available for selection this week.

“Healy suffered a stinger-like injury to the shoulder/trapezius area. He experienced some discomfort on the field and received the appropriate treatment. Cian will train fully this week.” 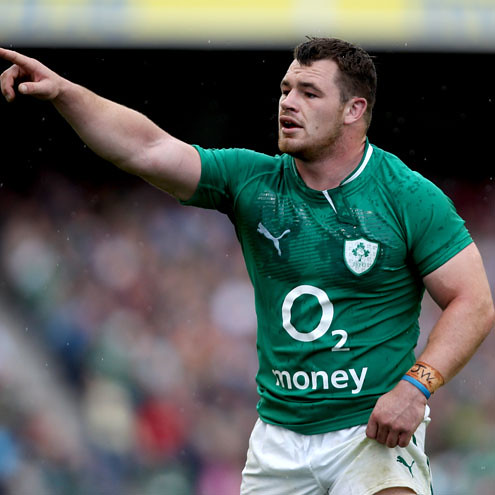 Criticism surfaced as the medical staff who were treating Healy appeared to let the 30-year-old return to play. He didn’t undergo a HIA and returned to play in the second-half.

This is 2nd incident at 34-52 which resulted in Healy on the ground holding his head and treated by medic.1st incident at 44-05 tackle on Barclay again held head after tackle pic.twitter.com/HosjrIVYe0

How Healy was deemed fit and able to carry on playing is beyond reasoning, it is clear to see he is struggling to walk.

Head injury issues are increasing in rugby, with it being a high impact sport, nothing can stop these injuries occurring due to the nature of the game, but changes can be made and laws can be written, in particular the HIA protocols need addressing.

Ask yourselves – how many times have you seen players allowed back on to play this season after suffering a serious knock to the head? – it happens on too many occasions and unfortunately incidents like this are always covered up by the aftermath of content from a game.

Current World Rugby regulations state: “Cases where players have the potential for concussion, but without clear on-pitch symptoms or signs, undergo an off-field assessment consisting of a medical room clinical evaluation by an attending doctor supported by the multi-modal screening tool, and video review.”

This protocol was clearly ignored, as critics believe that even if he did not suffer a concussion, under World Rugby’s Head Injury Assessment Protocols he should have undergone an off-the-field check.

The importance of player safety and their wellbeing is paramount.

Ireland have lumped the pressure on England ahead of their match with France by securing a bonus-point win against Scotland in Dublin. A first-half brace from Jacob Stockdale sent Ireland on their way to victory. However, it was not as comfortable as the scoreline may suggest. Scotland squandered many opportunities to cross the whitewash themselves […]

Football and Basketball – the unlikely road to the Welsh Rugby squad

Hannah Bluck scored on her international debut in Wales’s win over France, but it’s not the first time she collected international caps. She has also represented her country in football and basketball. Bluck only started playing rugby a year ago when she started attending The University of South Wales. After that, she was soon picked […]

Is Gatland’s Squad Selection The Right One? Part One

Warren Gatland’s Wales squad selections have been debated and questioned throughout this year’s tournament, but none more so than the final-round game against France this Weekend. Our Welsh rugby correspondent Gavin Barrett reviews this weekend’s squad selection in a two-article piece starting with the forwards and gives his opinion on if they were the right […]